We harness the DNA editing capabilities of various enzymes to diversify the mammalian genome in a targeted manner with high specificity and efficiency. We have recently developed TRACE (T7 polymerase-driven continuous editing), a system which enables continuous, targeted mutagenesis in eukaryotic cells with a wide editing window (at least 2000 bp) and no deletions in nucleotide sequences. TRACE combines the DNA processivity of bacteriophage DNA-dependent T7 RNA polymerases with the somatic hypermutation capability of cytidine deaminases and can thus continuously diversify DNA nucleotides downstream of a T7 promoter. 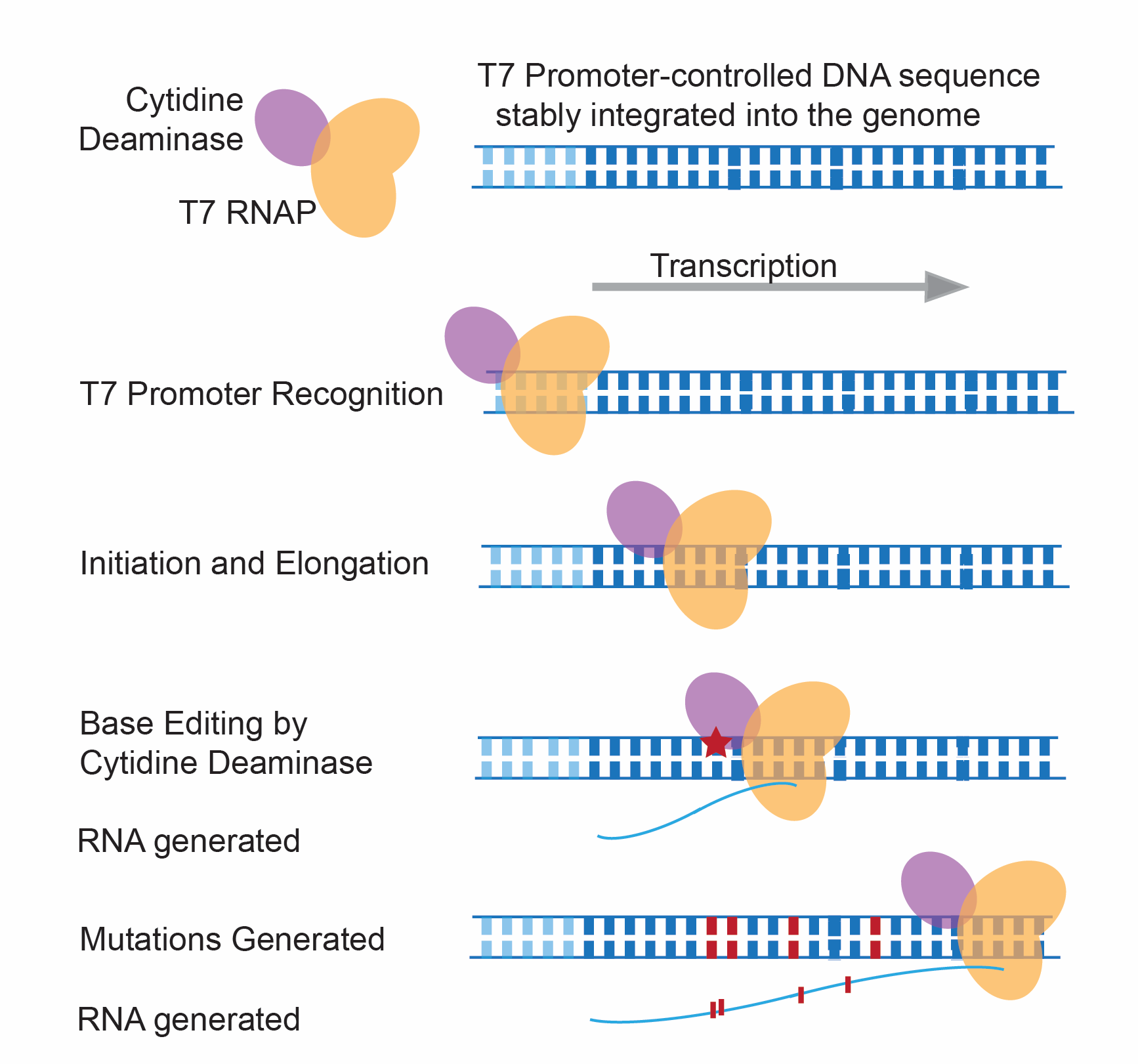 Spermatogenesis - the biological process of sperm production - takes place in the spatially confined environment of seminiferous tubules and is constantly influenced by the somatic cell types in the peritubular and interstitial space. However, there has been a lack of tools to comprehensively profile spermatogenesis within the native context of seminiferous tubules. Using a high throughput spatial profiling method called Slide-seq, we have recently generated the first unbiased spatial transcriptome atlas for the mouse and human spermatogenesis at near single-cell resolution. By applying a custom computational pipeline, we were able to assign information of cell type, seminiferous tubule, and stage to each Slide-seq bead with high accuracy, providing a framework to systematically evaluate the spatial dynamics in gene expressions and in cellular structures both within and surrounding the seminiferous tubules with high resolution.

We are now pushing the limit of the current Slide-seq technology to build the next-generation spatial transcriptomics atlas for mammalian spermatogenesis. We will then use this atlas to solve some of the biggest misteries in male reproductive biology. In addtion, we are also interested in developing technologies which capture the epigenome (e.g., chromatin accessibility and histone modifications) in a spatially-resolved manner. 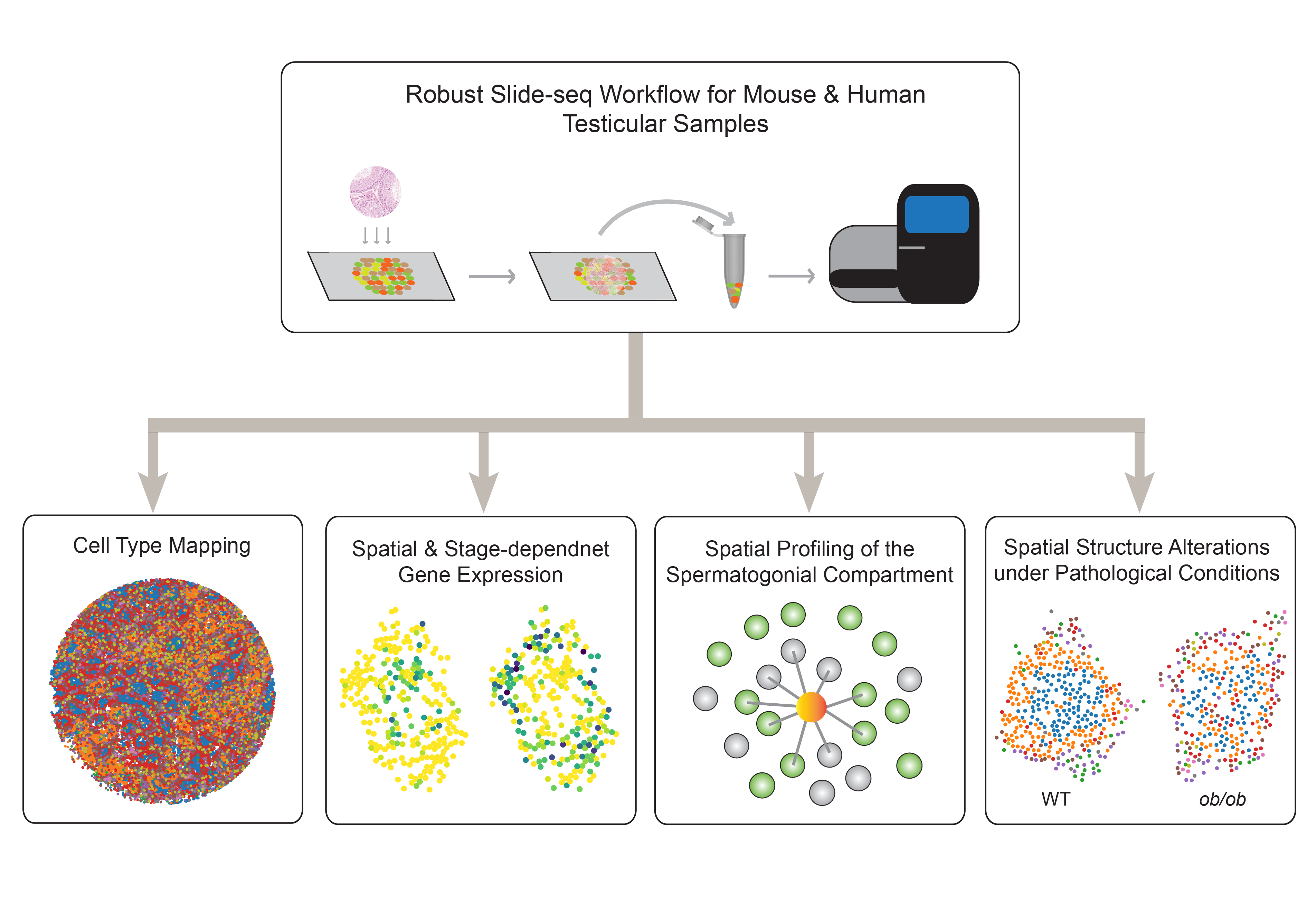 The mammalian testis expresses the largest number of genes in the body. Many of these genes are expressed in the germ cells. However, the biological functions of the majority of these genes remain largely unknown. A lack of in vitro culture system that faithfully recapitulates spermatogenesis renders it impossible to perform large scale in vitro functional screens to dissect testicular gene functions. Therefore, in vivo genetic models remain one of the few feasible approaches.

To overcome this challenge, we aim to perform high throughput in vivo perturbation screens to examine testicular gene functions at scale. To achieve this, we are developing an in situ molecular sequencing platform capable of reading out the identity of each perturbation in the native tissue context. We are using this platform to investigate the functional impacts of genetic perturbations on spermatogensis at an unprecendented scale.